Split is the largest city on the Croatian coast and the second-largest in Croatia, after Zagreb. Born from an old palace of the Roman emperor Diocletian, Split has become a fusion of modern lifestyle and ancient times. Its Greek and Roman roots, combined with the rule of Croatian rulers and even Venetian, French and Austro-Hungarian influences make Split a unique place. It is a city no traveler should miss to visit.

Croatia Camper is #1 campervan and motorhome rental specialist in Croatia and neighboring countries.

We have bases in two largest Croatian cities, the capital Zagreb and the largest port in the Adriatic Sea, Split, where is our headquarter located. Croatia Camper is offering one-way rentals to and from all Croatian airports and many cities in neighboring countries. 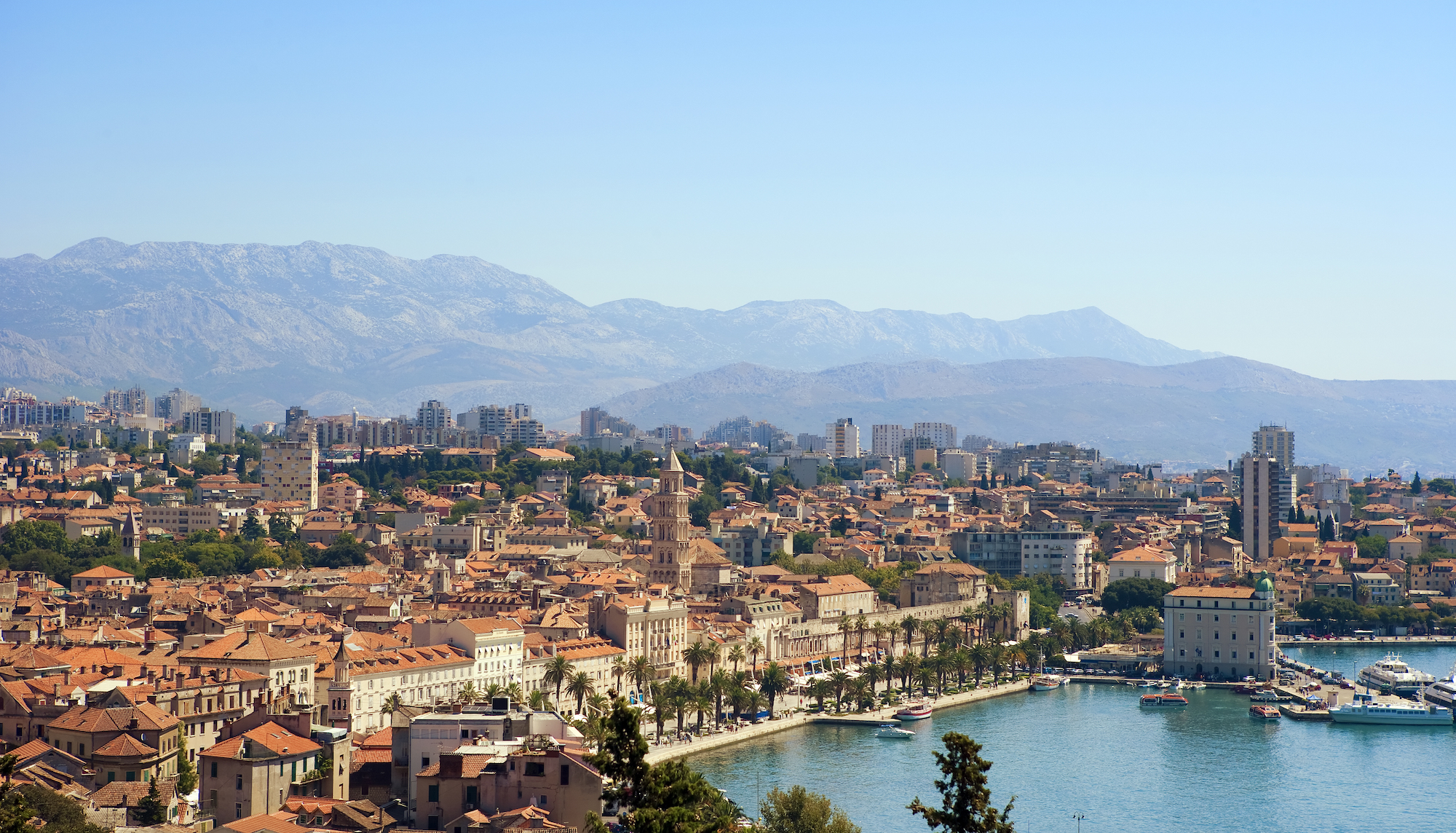 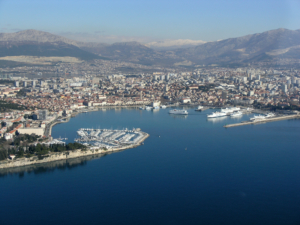 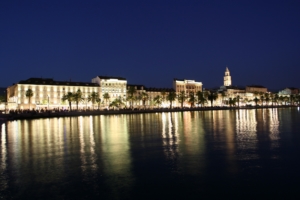 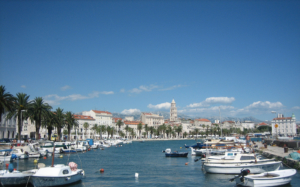 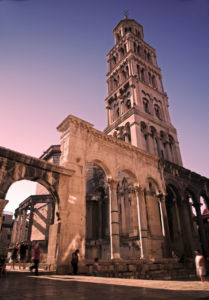 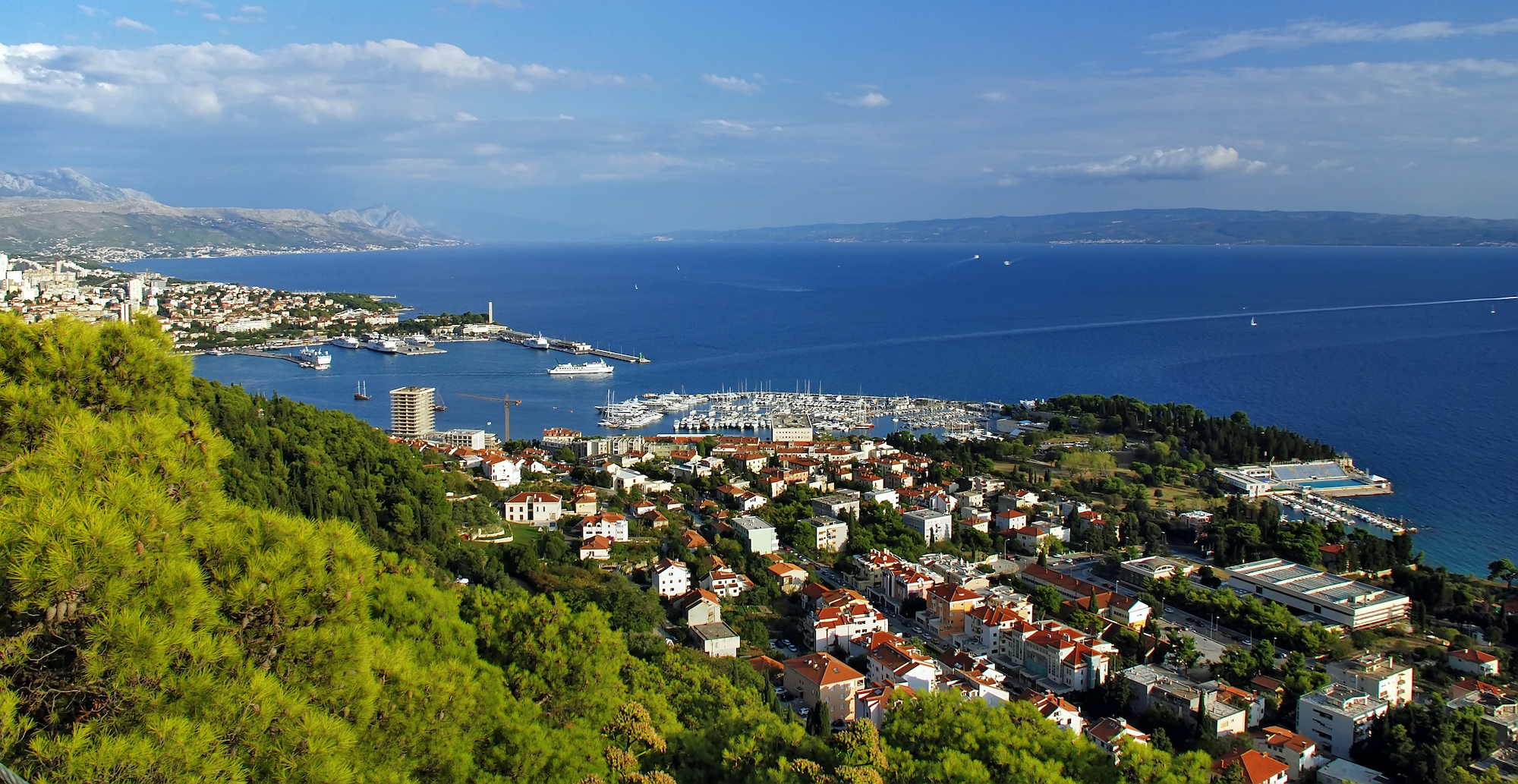 One day is just enough to see the main sites within Split. With an overnight stay, you will be able to stroll the labyrinth of the old city after sunset and spend the next day exploring its streets and markets in the morning. Two days or more give you enough time for short trips to really cool spots near Split, or even visiting some islands close to Split.

One of the best campsites in Croatia, Camping Split is located in Split, and it is open all year round. All of this makes Split and ideal location for your holiday start or finish or even the hub for investigating the surroundings.

Split is also a city where Croatia Camper Headquarter is located, as well as our biggest camper rental hub.

For the transfer to and from our depot, we recommend Uber or Bolt. Transfer to and from Split Airport can be arranged on request and it costs 30,00 EURO (far less than any taxi service available in Split + additional benefit is that you are going straight from the airplane into the campervan).

Campervans and motorhomes for rent from Split

With Croatia Camper, you can enjoy absolute confidence when traveling as your vehicle is part of Croatia’s most modern fleet which is regularly serviced and maintained to the highest industry standard. 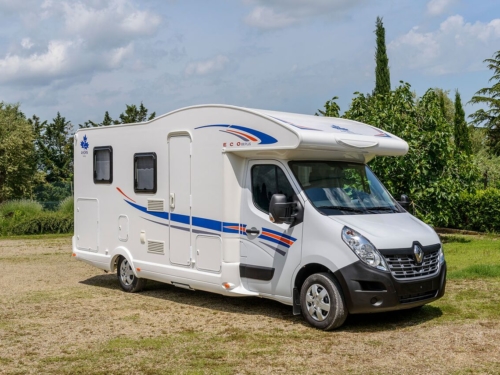 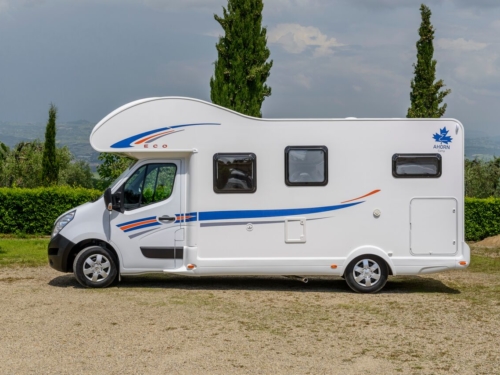 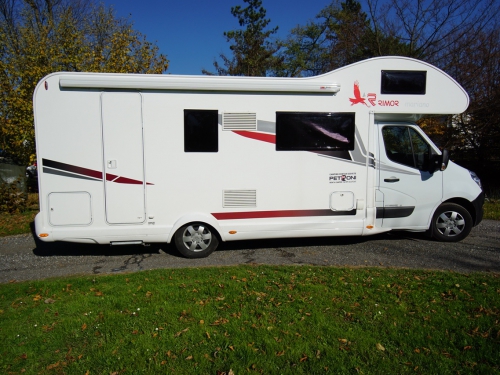 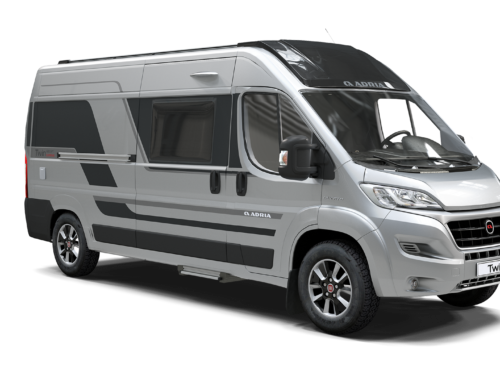 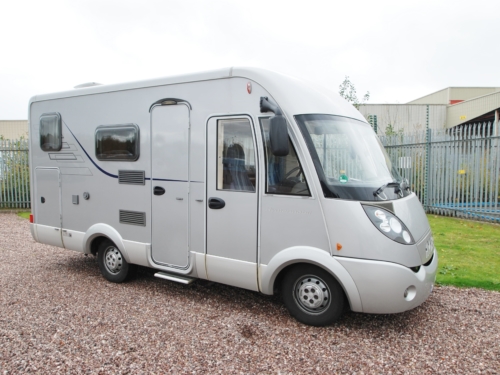 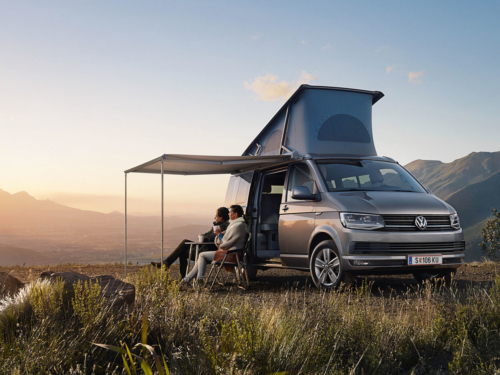 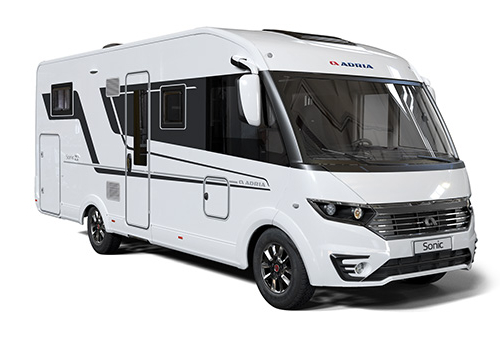 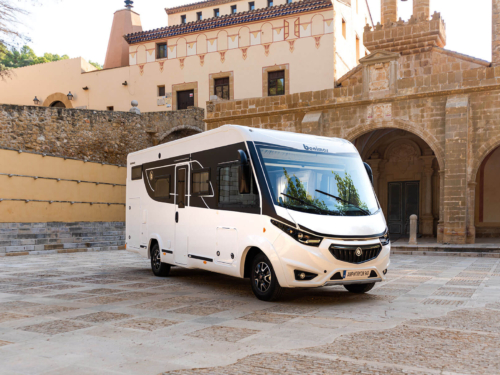 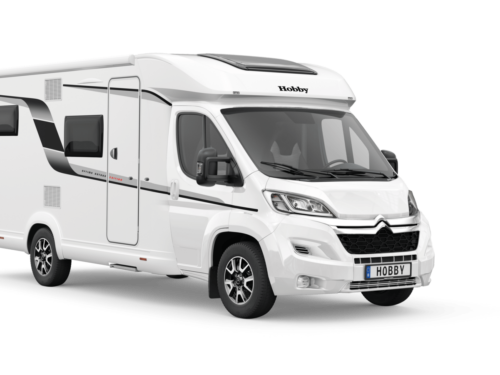 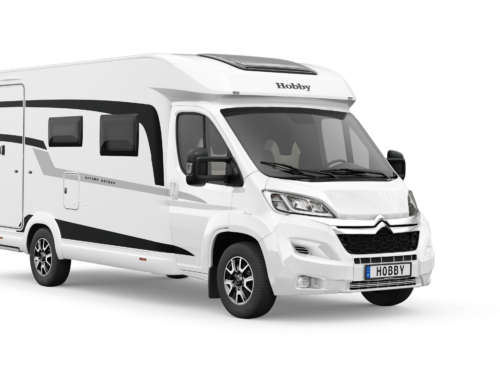 A few facts about Split

Some interesting facts about Split and a few reasons why you should consider starting your journey from here.

Split is a Mediterranean city, perfectly positioned at the center of the Croatian coast, which makes it an ideal starting point, nevertheless the direction you are heading. Within 4 hours drive, or less, from Split or less, you have all Croatia must-sees; Dubrovnik, Plitvice Lakes, Krka Waterfalls, Paklenica National Park. Islands of Brač, Hvar, Vis are literally in front of it.

Some of the most beautiful islands in Croatia are situated just in front of Split. You can choose between several options, either you want to go with a campervan on a ferry, or just arrange a daily trip.

Split Airport (IATA: SPU, ICAO: LDSP), also known as Split Airport, is the second-largest airport in Croatia. It is an international airport and serves the area of Split, Croatia. Split Airport has non-stop passenger flights scheduled to 70 destinations in 21 countries.

In total there are 33 airlines flying from and to Split, including Croatia Airlines, easyJet, Volotea, SAS, Eurowings, Norwegian …

As we are located in Split, you can enjoy the benefits of getting the best possible service, at the lowest prices. Half of our fleet is located in Split, meaning you do not need to pay for any transfer fees when collecting the campers from their Split base.

We are local to Split, and the area, and who can better advise you than the people living here their whole life. You can count on us in planning your perfect itinerary, with your budget and interests in mind.

What our clients say about us?

Read what our clients have to say about their experience with Croatia Camper.

We are incredibly proud of the feedback we have received from our clients over the years for the quality of our vehicles, service and our commitment to their needs.

I wholeheartedly and without hesitation recommend Croatia Camper. Goran and Robert were awesome to work with – they were informative, helpful, and went above and beyond any expectations we had. My partner and I had never driven or used a camper before and Croatia Camper not only made it easy, they were one of the reasons our holiday was so fantastic.

This was our first trip to Croatia and our first Campervan holiday, the boys at Croatia camper helped us have one of the best holidays that we have ever done. The vehicle never let us down, we traveled to some of the most interesting places we have ever been Split,Hvar and Dubrovnik, just to name a few. Travelling in Croatia is a pleasure and catching ferries is a breeze. We loved it and we will be back in the not too distant future and next time we’ll get a bigger camper and stay longer.

Goran was very helpful and perfect to explain us about camper facilities. The van was big enough for us (with 2 children) and April is great time to visit Croatia (sunny weather and few tourists). If you want to visit the country with a camper van, t’s the right place !

We loved our Croatia Camper – the whole experience was really easy! The drop off / pick up arrangement was excellent given the complexities of travelling with infants. The van had everything we needed include infant car seats; it was also very comfortable for a family of four; and Goran and Robert were easy to contact when we needed advice. I would definitely recommend Croatia Camper.

Croatia by camper is the perfect way to visit this beautiful country. Visit the waterfalls and mountains inland, and use the excellent ferry system to visit the islands all within the same holiday. Croatia campers provided me and my family with the perfect clean and high quality van to do just that. Goran and Robert provided a professional and friendly service from booking the camper, to dropping it off and heading home. One of the best bits of the service for us was the airport pickup and drop off, the fact that we could hop straight off the plane and into the camper and back again was just the icing on the cake.

The camper was of great quality and clean. The team took very good care of us from preparing an offer, picking us it at airport, giving advice during the trip and taking over the camper at return. Personalized, friendly and time taken to ensure a good experience..

Croatia campers were great. The service was fantastic. Delivery and pick up of camper was prompt. The camper was in excellent condition and had all the comforts required..

Croatia Camper are just so good at what they do. Attention to detail, support when required and a level of personal service that is so rare in Business these days. Croatia i1s stunning and a must-see by Campervan. Will be using them again in a few years!

Interested in renting a camper for your holiday from Split?

Calculate your camper rental cost within a minute and send us availability inquiry. No credit card details required.